A Winning Car for Leadership 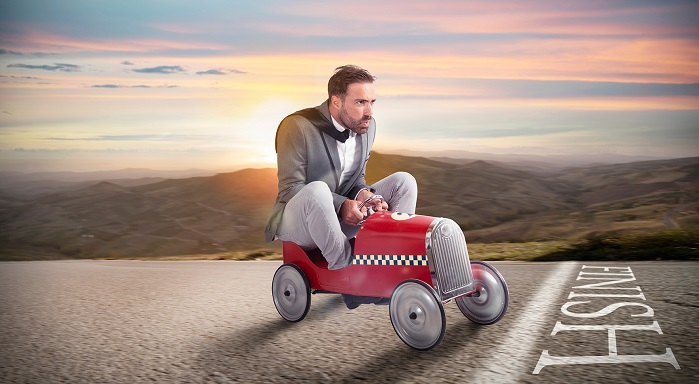 The first time that I ever gave much thought to linking my choice of car to my career was in my medical legal class at Louisiana State University School of Medicine in Shreveport. We were warned that a disgruntled patient might see our expensive new Mercedes-Benz in the doctors’ parking lot and decide that we deserve to be sued. I cannot tell you exactly which car you should buy as a leader. That will vary according to your community, your personal needs, your personality and your important stakeholders. In this article I will illustrate how your choice of automobile might strengthen or weaken your position as a leader.

For two years a man that I know had the contract to do all of the electrical work in a large manufacturing plant. He bought a four-year-old, $40,000 Porsche and drove it over to the plant. The engineers in the plant took one look at the car and said, “He is making way too much money off of us,” and canceled his contract. He could have spent the same amount of money on a new pickup truck and they would have been fine with it. The problem was not the amount of money that he spent, but the brand image of the car he chose. One man told about owning an old Audi. He said the car was in rough condition, and he had not paid much money for it, but every time someone got in the car they would say, “Oooh, an Audi!” The brand image had overpowered the age, poor condition and low resale value of the actual car.

We often covet automobiles with high brand images that project the message that we are wealthy, successful and of a high socioeconomic class. There are situations where that message may serve our purposes well. A friend of mine was a senior executive at a Fortune 500 company. He drove an old, red Ford Ranger pickup truck. Functionally, it served his needs quite well, but one evening he valet parked it at an expensive restaurant where he was having dinner with other senior executives including his boss. After the dinner the valet brought his beat-up pickup truck around for him. His boss began to speculate over what clown would have driven that piece of junk to the restaurant. Since the valet was waiting for my friend to get into the truck, he had to confess to his boss that it was his. His boss told him, “You need to buy yourself some class.” And he did. He bought a beautiful, brand-new luxury car. Perhaps that was necessary to dig himself out of the hole. If he had not been in the hole to begin with, he would’ve done just fine with a clean, late-model Toyota Camry, Toyota Avalon or Honda Accord. My friend’s stakeholders were all other well-paid senior executives who drove expensive cars.

Sam Walton had a different set of stakeholders – his employees and his customers. These are all working-class people. He drove a 1979 Ford F150 single cab pickup truck. He said, “I just don’t believe a big showy lifestyle is appropriate. Why do I drive a pickup truck? What am I supposed to haul my dogs around in, a Rolls Royce?” Sam Walton was like the self-made millionaires described by Thomas Stanley in his book, The Millionaire Next Door, only he was the billionaire next door. He used his truck to great effect to project the image that he wanted his employees and customers to see. It was powerful because, in spite of all his acquired wealth, he was still that man.

He reminds me of my late friend, Bert “Nevada” Smith, from Ogden, Utah. He had only an 8th grade education and was one of the smartest men I have ever known. He grew very wealthy buying and selling military surplus, farm supplies and land. He offered to partner with me on business deals. I declined because my path was set on medicine. I have never been sure I made the right decision. One day he was taking me over to look at a surplus pickup truck. We walked out to his truck. It was an older Chevrolet single cab four-wheel-drive pickup truck. I made a point of looking at the odometer. It had over 70,000 miles on it. It was clearly a work truck. Bert dressed nice, but not above his customers. Everyone knew that he was wealthy, yet he was one of them.

My internal medicine residency program took me to Kijabi, Kenya, in October 2002 for a tropical medicine rotation. Kijabi Station is a ministry which includes a church, a hospital, a boarding school for ex-patriot children and a school for the local children. The wife and mother of one of the families ministering there shared with us that it was not their hiring several local people to be nanny, housekeeper and landscaper that caused distance between them and the local people, but the fact that they owned any car at all. In America, hiring “servants” to help you around the house is considered pretentious and selfish. In their local culture, you would be considered selfish if you did any work that you could afford to pay someone else to do. But since so few people owned cars in that area, there was no escaping that you were of a different class if you owned one.

Years ago, I spoke to a wealthy man who had been called to a high-level, unpaid ministry position in my church. He told me that when he was first called to this position that he owned a Mercedes-Benz. He discovered that the brand image of that car caused a division between him and the people he was called to serve so he sold the car and bought a brand-new, fully-loaded Suburban. He paid almost as much for the Suburban as he got for the Mercedes-Benz, but the brand image of the Suburban was a fit for the people he served, and the Mercedes-Benz was not.

I attended a physician leadership conference at a beautiful, high-rise hotel on the beach in Miami. I was in a shuttle van on my way back to the airport. As we moved through the parking lot of the hotel, two other physician leaders zeroed in on a beautiful, exotic sportscar. They both really wanted that car. I tried to caution them of the baggage that the brand image could bring to their leadership roles. I invited them to consider how difficult it would be to negotiate effectively against a union asking for pay raises for employees that their organization could not afford if it were known that they were driving that car. Their response seemed to be, “To heck with the consequences. We just want that car.”

It is possible that you may serve your entire tenure in an important leadership position without anyone taking any special notice of the car you drive. This is more likely to occur if you choose an automobile in the middle of the spectrum, neither too low-end nor too high-end. Remember, especially on the high-end, that the actual value of the automobile may not be what drives people’s impressions, but the brand image of car you choose. Instead, select an automobile that will not distract, but complement and strengthen your position as a leader.